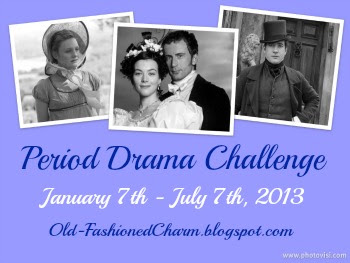 *
1~ January 27th watched the Keira/McFadyen movie version
to celebrate the 200th Anniversary for the book's pub day !
What I particularly like about this version is the realistic portrayal of
the Bennet family life.  Pigs, dogs, outdoors included in its reality.
I like Canadian actor, Donald Sutherland's, portrayal of Mr. Bennet.
Also, McFadyen's nervous responses in the Netherfield drawing room scene.
Not all suave or arrogant, he seemingly finds Elizabeth's presence unsettling.
The entire movie appears to me to be done with a light and abbreviated touch,
leaving room for the reader's imagination to fill in the blanks
from their own remembrances of the book.
Enough portrayed to carry the storyline without embellishment.
And such lovely concluding scenes.  Tangible emotions...
*
2- St Patrick's Day celebration viewing
Darby O'Gill and the Little People 1959 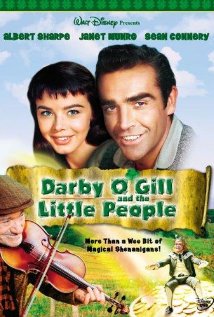 Watch a wee bit of the Movie HERE
When Darby O'Gill, an aging caretaker of Lord Fitzpatrick's Irish estate,
matches wits with Brian, King of the leprechauns, we're in for a lot of shenanigans.
A fun Disney film featuring great Irish music, fanciful adventures,
legends, leprechauns, and realistic characters
including Albert Sharpe, Janet Munro and a young Sean Connery.
Connery plays the young hired replacement for Darby who doesn't want his daughter Katie
to find out his impending retirement at 1/2 pay, requiring them to move from their
lifelong home on the estate.
Portrayal of the scheming antagonist who wants Darby's job [as well as his daughter]
raised my ire as he is well played [along with his conniving mother!]
*
The battle of wits between Darby and King Brian brings a surprise twist to the expected end
and happy enjoyment at the outcome.
*
The entire movie is available on youtube for anyone's viewing enjoyment.
An opportunity to treat yourself to an hour and half of Irish music, humour and leprechaun legends.
And a great look back at the early days of Sean Connery
who manages extra entertainment value with Irish song! [ which is attributed as a dub]
*
This is the film that first brought Connery to the attention of the producer of the first James Bond film and hired on the recommendation of his wife.
The movie has 2 soundtracks; the original being Irish including some Irish dialogue;
the other being overdubbed with other voices less accented and considered more understandable.
And here I thought it was all about adjusting the volume!
*
3- Pride and Prejudice 1995
*
Full length movie encompasses many more of the book's scenes,
endearing it to a wide audience.
I personally appreciate the experience of participating in Jane Austen's world
via this rendition of Pride and Prejudice.
Colin Firth's appeal can't be denied.  Definitely adding to the romantic element.
Wickham is an excellent scoundrel.  Rev Collins a hoot.
Mr Bennet appears more elderly than I imagined him to be, but he does have the rapport
with Lizzie as expected from reading the book
Locations are fantastic additions to my imagination, increasing my desire to return to England...
Costuming attractive.
On and on.  It's a delight.
Plan for a relaxed movie night to fully enjoy this journey into Jane Austen's
imaginative commentary on her world and it's reflection on ours.
*
4- Emma 1996 A+E 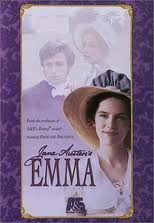 An absolute delight to discover this video on a local charity shop shelf!
I had not previously been aware of this version, but it is now a fave of my collection.
Video clip HERE

Kate Beckinsale is a great Emma, as is Prunella Scales as Miss Bates in this adaptation for
the British ITV network.  Andrew Davies had successfully dramatized the 1995 Pride and Prejudice for the BBC who had unfortunately already selected a screenwriter for their version of Emma
prior to his proposal.  This resulted in Davies' ITV production of 1996
receiving wide acclaim as being superior to the BBC version.
I would be one more voice in agreement.
*
Andrew Davies interviewed regarding Emma says,
"Emma is an interesting one because Jane Austen said of the heroine,
"She is a heroine who no one but myself will much like."
And you can see why she said it because Emma is so arrogant and snobbish.
She treats other people like toys, or pieces on a chessboard. She moves them around saying, You've got to go with that one, and you've got to go with that one as if they've got no will or taste or imagination of their own. The only person she has got any respect for really is Mr. Knightly and she never thinks that she herself will fall in love with anybody. So she has got some hard lessons to learn in the book."

*
Harriet is realistically characterized by Samantha Morton.
Rev Elton's wife is suitably pretentious.  Frank Churchill is believable in his devious ways.
and Mr Knightley?  Capably portrayed by Mark Strong.
It very naturally informed of class distinctions and thought of Jane's writing.
Emma wasn't so offensive you couldn't picture Knightley desiring their union.
Her awareness and character development was believable and accepted as genuine.
*
I found it a superb version and a pleasure to view.  A definite treat to add to my collection!
*
It hadn't been listed on my public library Jane Austen movies.
Perhaps yours will have it ?  Worth checking out!
*

Fantastic cast captured my attention with Elizabeth Taylor, Eva Gabor, Donna Reed,
and the debut of a youthful Roger Moore.
Based on F Scott Fitzgerald's short story, Babylon Revisited,
we find Van Johnson returning to Paris after a 2 year absence;
Reliving a flashback to his original stay and story as a journalist at the end of WWII,
connecting with the vivacious Liz Taylor and the unfolding of their lives. 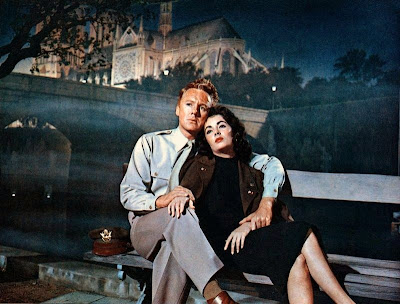 via
*
I found it a sad story, in its portrayal of the reality of these lives spent in the pursuit and sustenance of frivolous luxury.  The outcome of wide reaching losses due to self medicating hear issues with alcohol,  was only too realistic.  The acting was definitely overdone, but the  fashions and faces
of noted stars were appealing.
The closing scene was redemptive and appreciated in dulling the losses of the foregoing story.
*
I have kept my eyes open at the charity shops for classic movies and found most of mine as videos for this challenge at .25 each.
Which obviously added to the enjoyment and increase in my collection!
*
Our host, Laurie's Finale Tag Questions:
(Answer these in a comment or on your blog!)
*
1. How many period dramas did you review?
*
~ I reviewed the 5 above ~
*
2. Did you enjoy reading reviews from the other challenge participants?
*
~ Definitely.  Inspiring further choices ~
*
3. Did you review mostly films seen before or new-to-you films?
*
~ A mix of both ~
*
4. Of the films that were new to you, which was your favorite?
*
~ Emma ~
*

5. What new period dramas have you discovered through this challenge that you look forward to viewing in future?
*
~ Howard's End ~
*

6. Would you be interested in participating in a similar challenge next year?
*
~ For sure ~
*

All in all, I completed my commitment to 5 films as a Period Film Admirer.  Participating further ignited my interest in period films, so my collection has grown in advance of
my available time!
I'll be appreciating the next rainy day with a viewing of Sabrina,
without the added attention required to post a review =)
*
Hoping you've enjoyed the reviews and possibly intros to new-to-you period films
that have sparked your own interest.
*
THanks to our hostess , Miss Laurie, for the enjoyable
invitation to diversion !
*
*

Tweet
Posted by Faith Hope and Cherrytea at 8:21 pm

I will look for the 1995 Pride and Prejudice you reviewed here, it sounds excellent.

Terra, I'm sure you will luv it! try your public library as well as online ordering options if you can't find locally..

Great reviews, short and sweet. I need to find that version of "Emma" some time -- I didn't realize Samantha Morton was in it! 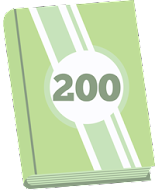 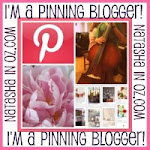 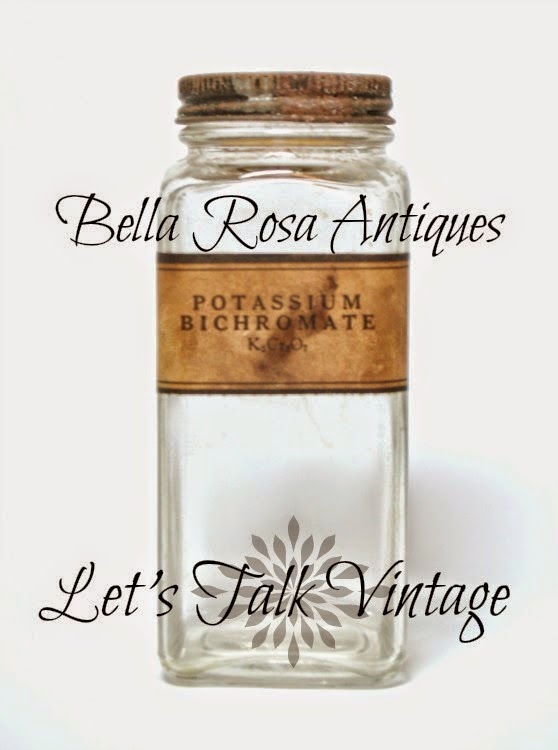 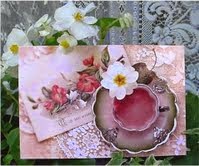 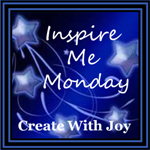 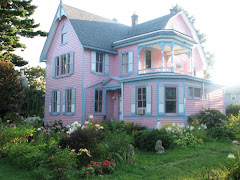 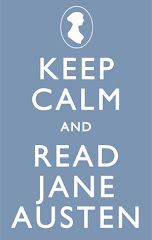 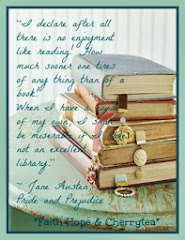 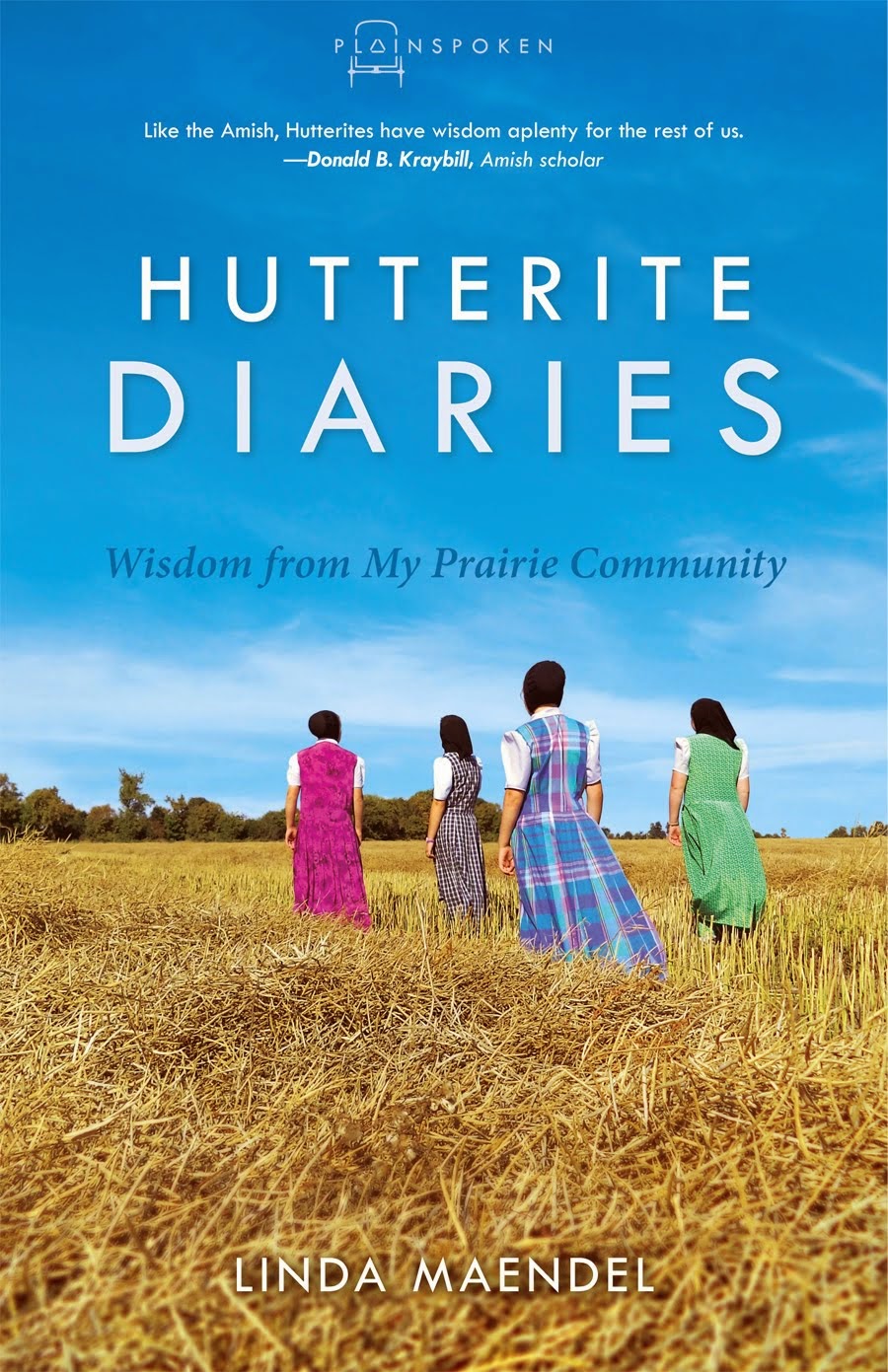 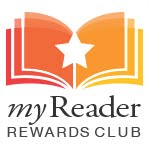 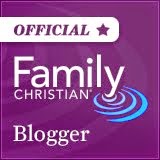 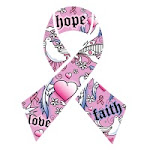